Deborah Garcia was recently interviewed on KRCB here in Marin, California. Check out the great interview with Bruce Robinson here.

For the last ten days all eyes have been on the US corn belt, which has been experiencing a massive drought. Now, don’t get me wrong, drought is a big deal, it absolutely effects agricultural livelihoods and waterways, not to mention crops and animals that depend on water. This being said, the commentary that’s been raging on about drought bringing higher food prices like today’s piece in The Guardian, misses the point. 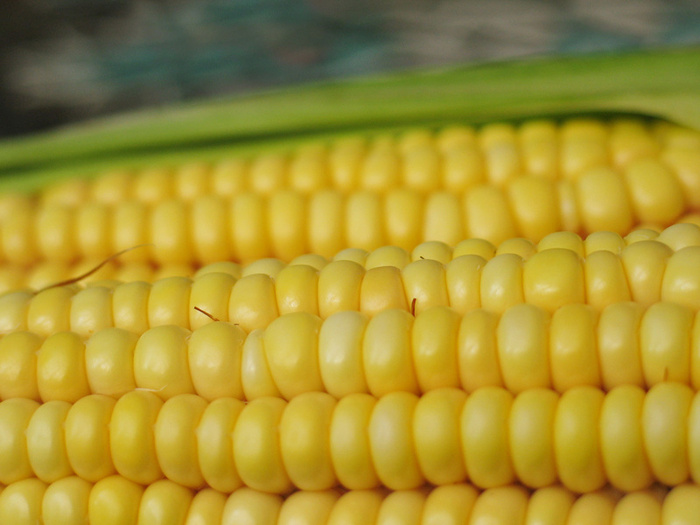 This is where commentators are failing to take the next step in their analysis. Which types of food prices are going to be affected by this drought? Animal products and processed foods.

The newspapers act as if Americans won’t be able to feed themselves without hamburger, sodas (rich in corn-syrup), and a bag of Cheetos. In times of crisis, the talk of the obesity scare and worries about diabetes go straight out the window.

Crisis like these are a one of the few times that we as a society have the chance to re-evaluate our nations’ agricultural priorities. What if The Guardian stopped shouting about the growing food crisis and started promoting alternatives? How about heading down to your local farmers’ market- which, for the most part won’t have been affected by the drought, and buying some carrots- which are probably better for animal health, your health, and the planet in the long run anyway.

Normally we here at Symphony of the Soil don’t repost other’s writing- but this article from Tom Phillpot hits the nail on the head. This is what we’ve been saying!!

As the climate warms up and “extreme” events like heat waves and droughts become more common, what will become of food production? I started to examine that question in my last post, published Wednesday. A front-page article in Thursday’s New York Times brought a stark reminder of why the topic is crucial. Reports the Times’ Monica Davey:

Already, some farmers in Illinois and Missouri have given up on parched and stunted fields, mowing them over. National experts say parts of five corn-growing states, including Indiana, Kentucky and Ohio, are experiencing severe or extreme drought conditions. And in at least nine states, conditions in one-fifth to one-half of cornfields have been deemed poor or very poor, federal authorities reported this week, a notable shift from the high expectations of just a month ago.

The message from the Midwest is clear: Chemical-intensive, industrial-scale farming is vulnerable to spells of hot, dry weather—some of the very conditions we can expect to become common as the climate warms. In my last post, I argued that the solution to this problem favored by US policymakers—to keep industrial agriculture humming along with novel seeds engineered for “drought tolerance”—probably won’t work.

What might? I think the answer lies outside of some Monsanto-funded university lab and right beneath our feet: in the dirt. Or, more, accurately, in how farmers manage their dirt.