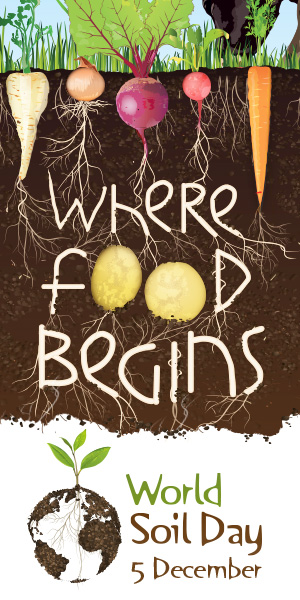 The International Union of Soil Sciences (IUSS), in 2002, made a resolution proposing the 5th of December as World Soil Day to celebrate the importance of soil as a critical component of the natural system and as a vital contributor to human wellbeing.

Since 2012, the FAO-GSP has been organizing celebration events of this important day.

On December 5, 2015 World Soil Day will also begin the International Year of the Soils. Make 2015 the year to promote soil consciousness locally and globally.

Symphony of the Soil will be presented in person by Director Deborah Koons Garcia and Dr. Ignacio Chapela at the United Nations in New York and also at the FAO Headquarters in Rome as part of the celebrations of World Soil Day and the International Year of the Soils.