On the road with Symphony of the Soil. Director Deborah Koons Garcia presented the film in Biggar and Edinburgh to well-receiving audiences who were enthusiastic and passionate about saving our soils! Thank you Dr. Janet Moxley, the Soil Association Scotland, Learning for Sustainability Scotland, and The James Hutton Institute for supporting the film and promoting soil consciousness. 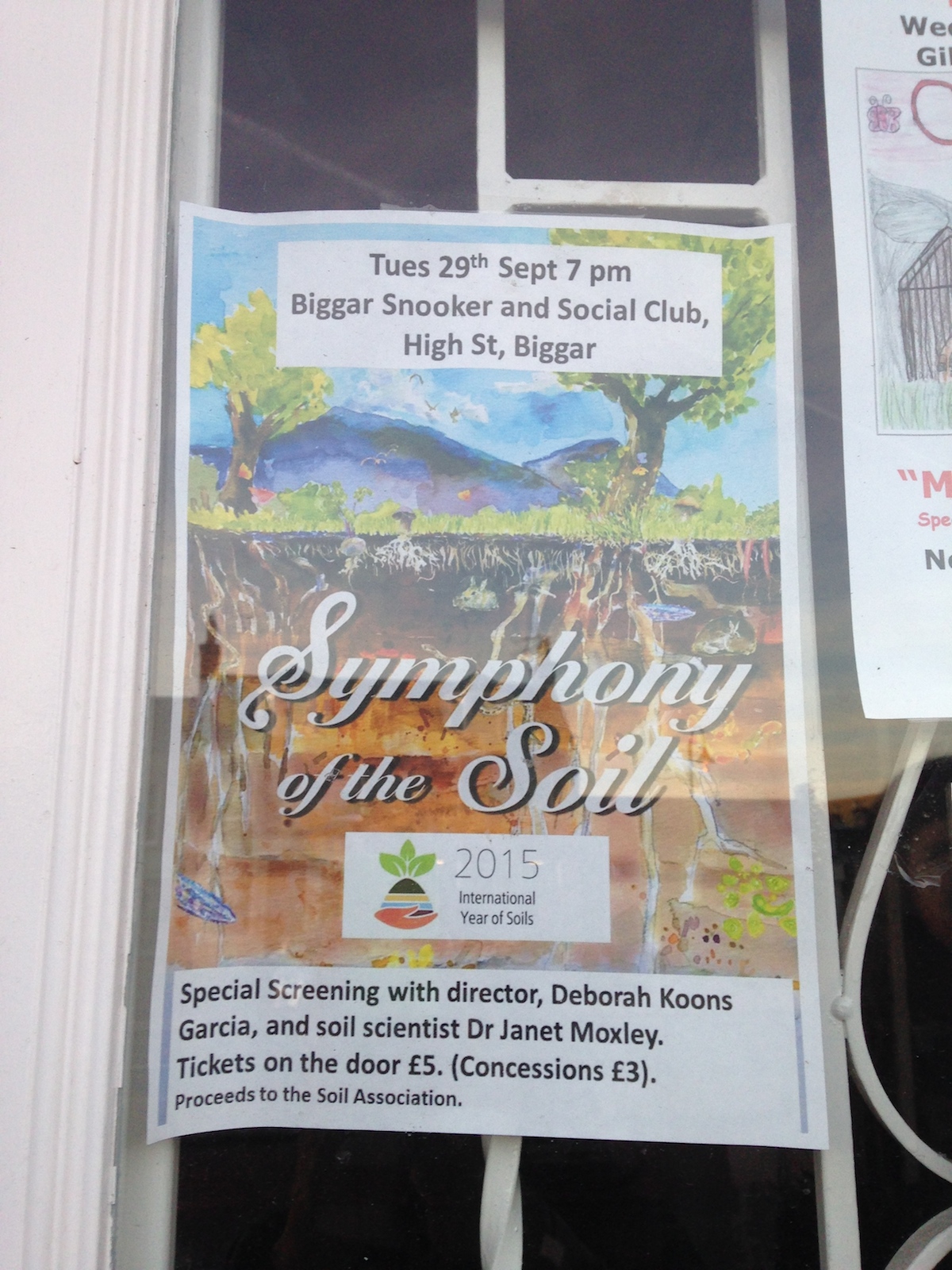 Poster for Symphony of the Soil in Biggar, Scotland, where she presented the film to the local community with Dr. Janet Moxley, September 29, 2015. 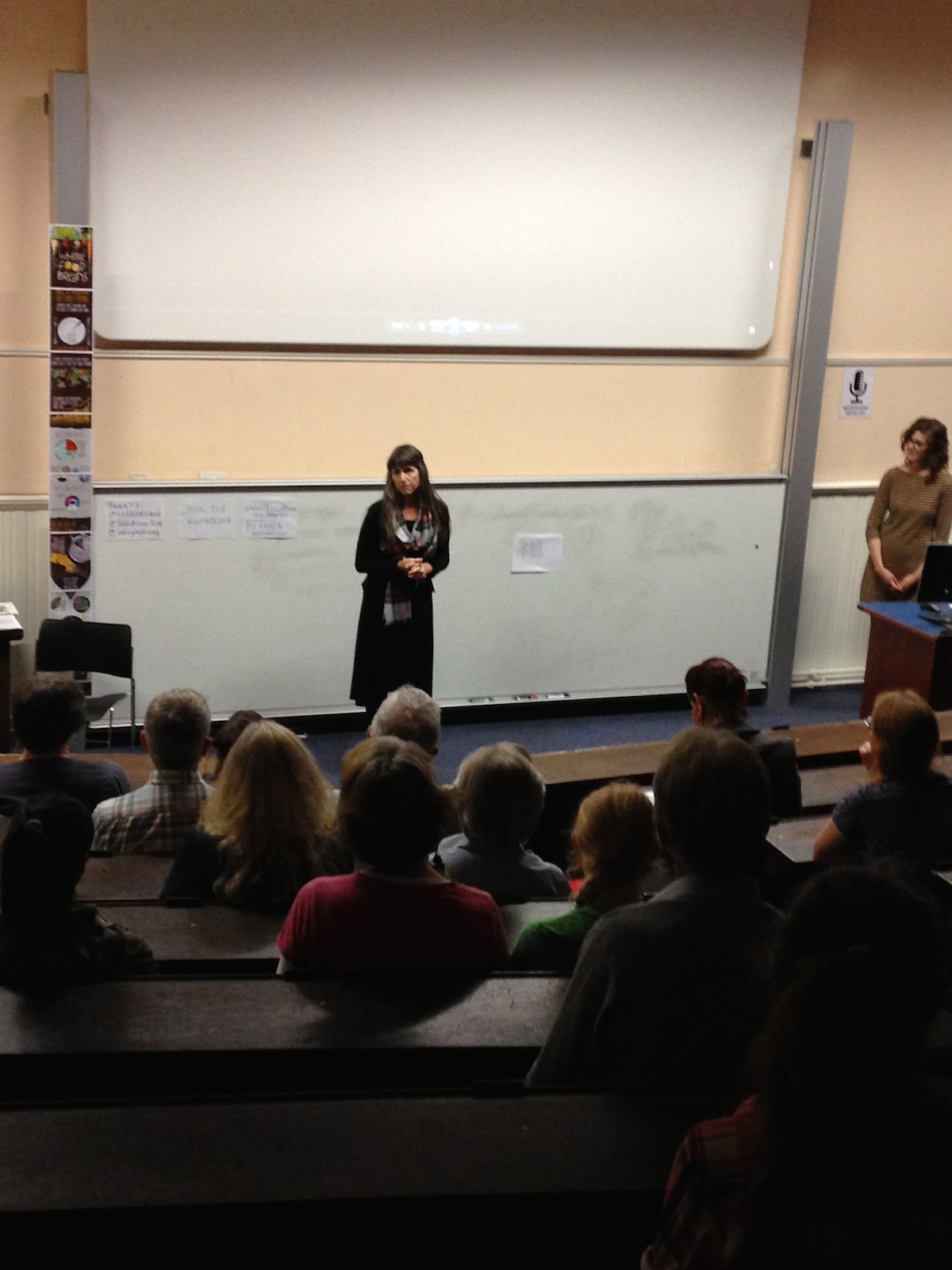 Deborah Koons Garcia presenting the film to a passionate crowd at the University of Edinburgh, September 30, 2015.