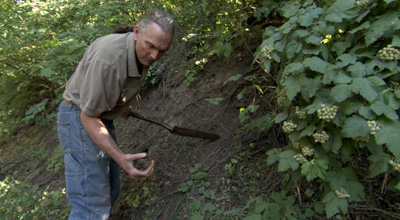 Taking a toll on health

The medical ramifications of pesticides and herbicides are being studied. Research reveals they may be related to everything from birth defects to cancer.

The good news is that land that has been sprayed with most herbicides that have decreased microorganisms can be improved if it is treated  organic compost for two or three years.

Although climate change is affecting every one of us, one of the ways of addressing the issue is by improving our soil. Planting a cover crop after a vegetable crop creates  benefits including suppressing weeds  and protecting that precious soil from erosion. Long-term cover crops also improve the soil condition. Even short term, cover crops can increase yield and save nitrogen. If the soil is improved, less water is used on crops and what run off there is goes directly to feed all the needy aqua filters.

Compost also improves soil. If the soil is organic and full of microbes, crops planted there produce large yields.

It is also important to feed nature as we feed humanity. When cattle farmers stopped using antibiotics and anti-parasitic drugs on their cows, dung beetles returned to the cows’ paddies. As the beetles did their work, cleaning up after the massive cattle herds, there were fewer weeds and thistles in the field, thus less need for pesticides and herbicides. Properly managed grazing is great for the land.

Spiraling down a 1950s hole

With good soil we create a food web of health and good taste.

“Symphony of the Soil” shows us where we have gone wrong and gives us a plan to begin righting those wrongs. In her last film, Garcia gave us a generous and hopeful look at the possible future of our food, and now she gives us that hope with our soil.

After watching this film, we can begin to ask our elected officials important questions such as why herbicides are being used to kill noxious weeds, some of which, like thistles, can actually be used for food. When we have the information we can do our own research.

This is a movie that should be seen. The simplicity with which Garcia handles the explanation of how we can come to the aid of our own soil is wonderful. If each of us takes responsibility for a handful of dirt, we will have enormous movement. The movie gives us another chance to know our food from the ground up.