Punjabi Biodynamic Farmer Jaspal Singh speaks about how soil can create a healthy plant, which creates a healthy person and healthy communities.

Jaspal Singh’s farm lies just outside of Ludhiana, in the heart of the Punjab, the north-west region of India, against the border of Pakistan. The name Punjab comes from the Persian words panj meaning five, and aab, meaning water.

For millennia this alluvial plain has been the ‘breadbasket’ of India growing many of the country’s staple crops such as wheat and mustard. In the 1960s, scientists and researchers from the U.S. brought the ‘Green Revolution’ to India. As I mentioned in the Seed Savior post, the technology of this revolution brought with it impressive yields, and did indeed help stave off the periods of starvation that had before been frequent on the Indian subcontinent.

There is a dark underbelly of the Green Revolution however, that isn’t highlighted in much of the western literature that surrounds its occurrence. This underbelly includes; dead soils, a rapidly dropping water table, and high cancer and birth defect rates in local communities. Jaspal Singh, a  Sikh, with considerable lineage in the area, watched his father apply the technologies of the Green Revolution (herbicides and pesticides, massive watering, hybrid seeds etc) on their land. He watched the soil loose it’s ability to retain water and nutrients, he watched both the soil, the crops, and local farmers ‘become sick’. When it became his turn to tend the family’s acreage, he decided he had to change their practices and return to a more natural form of farming. It was in this quest for a different path that Jaspal discovered biodynamics. 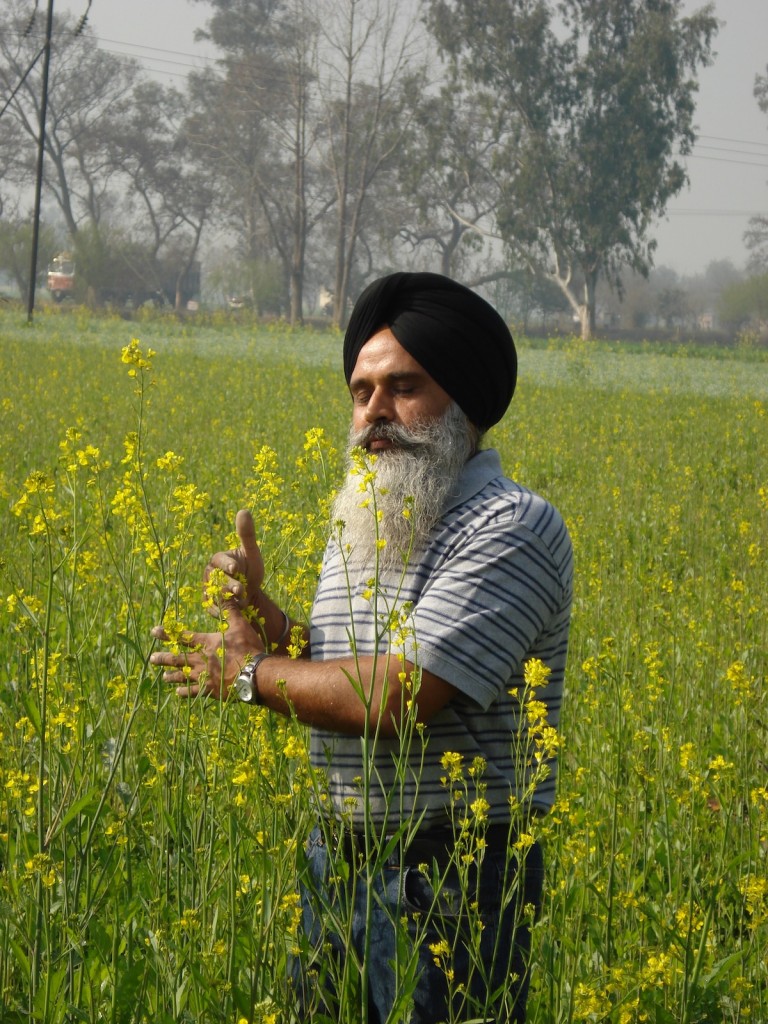 Today, Jaspal Singh has transitioned all of his acreage to biodynamic farming. His diversified farming system has healed his soil through cover cropping, intensive composting applications, and the use of biodynamic preparations. Though many of his neighbors once laughed, people now visit his farm from the surrounding area to learn from his progress. They want to know how his soil has recovered, why his crops are so lush, and how it is that his water table is now higher than that of surrounding farms.

As his farm has developed into a haven for birds, insects, and other wildlife, so too is it a haven for conversation about a different type of farming. As the Punjab moves farther into ecological crisis, Jaspal is the beacon of a  different way forward. He understands that if we are to survive we must create a relationship with the thin layer of soil which allows us to exist and thusly he is mending the error of previous generations by leading a new way. Progressing toward ecological balance and equilibrium. Ultimately, aside from the beauty of his accomplishments and the health of his person and his farm, one thing rings true. Jaspal is a farmer who gets it, because Jaspal, deep down, has a soul of soil.