Here is a list of confirmed screenings of SYMPHONY OF THE SOIL
More are on their way, so check back or sign up for our newsletter to keep updated.

Symphony of the Soil will screen at The Roxie in San Francisco, CA as a special one night event. 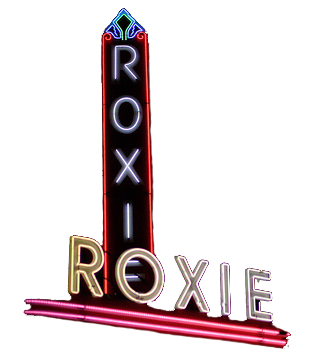 Producer / Director Deborah Koons Garcia and UC Berkeley Microbial Biologist Ignacio Chapela in attendance for a Q&A after the film.

Get your tickets here!

END_OF_DOCUMENT_TOKEN_TO_BE_REPLACED

Symphony of the Soil will be screening at many important conferences in the next couple of months:

The National Bioneers Conference | Presented by Bioneers
October 18-20, 2013 in San Rafael, CA
Symphony of the Soil will screen as part of the Film Showings
Friday, October 18 at 7pm PST
Location TBA
For more information: http://conference.bioneers.org/am/

Deborah Koons Garcia, producer/director of Symphony of the Soil and Ryan Storm, blogger at the Canadian Organic Growers Conference

Other conferences Symphony of the Soil has screened this year include:

Symphony of the Soil Screening at The Colonial Theatre 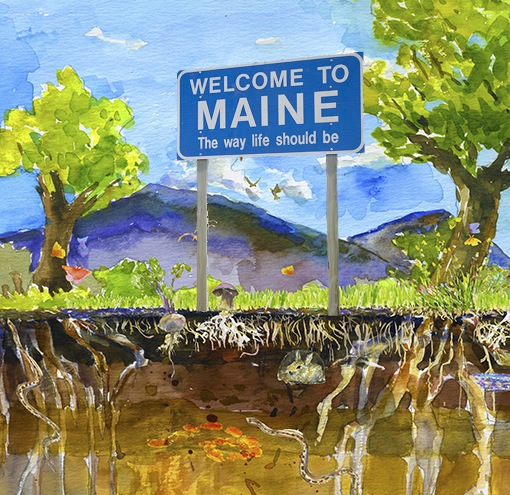 Q and A with Producer/Director Deborah Koons Garcia 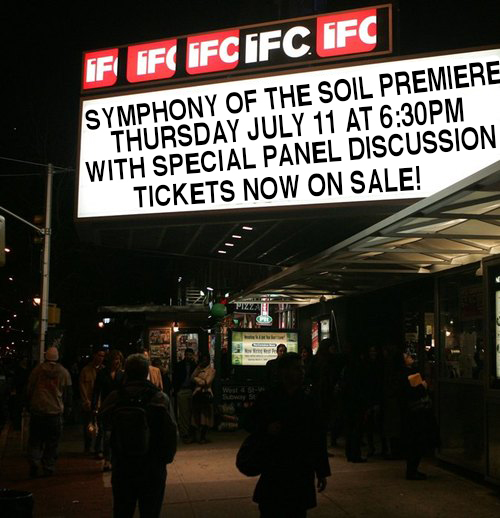 Tickets are available online through the IFC Center website: http://www.ifccenter.com/films/symphony-of-the-soil/

Every time Earth Day rolls around, we are forced to reflect on what actions each of us make in our daily lives that work towards the protection of our environment.  Some celebrate the natural beauty around them, some wonder ‘we love our earth but how can we tell her so?’ and for others it’s just another day.

Here are some steps that you can take in your every day to help the environment:

We at Lily Films are also taking this wonderful day to share with you our latest version of the Symphony of the Soil movie poster. 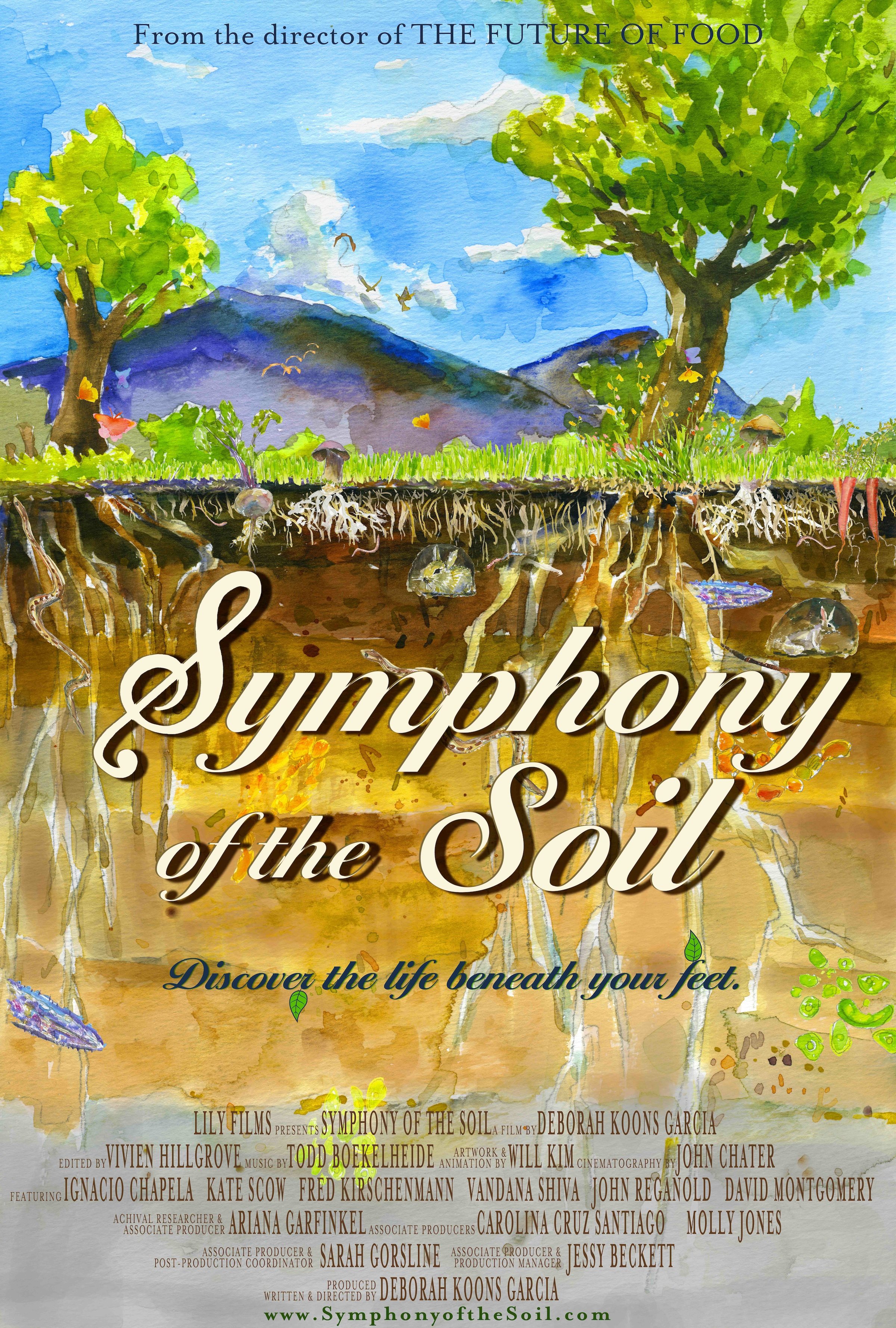 Happy Earth Day. Let us know how you are spending it. 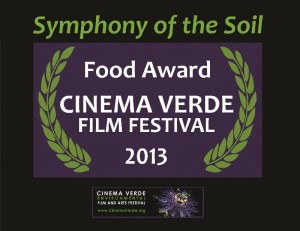 Soil is not particularly gripping on the surface–it’s, well, a dirty shade of brown and crawling with insects. 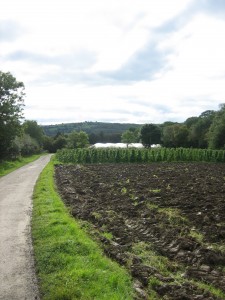 If you asked us to watch a full-length film about it, we’d politely decline.

That is until we heard about Symphony of the Soil, a new documentary by Deborah Koons Garcia. Convinced that most people are what she calls “soil blind,” meaning unaware and unappreciative of its value, Garcia devoted the film to digging up the latest science on and impact of dirt.

The environmentalist and filmmaker based in Mill Valley (and yes, Jerry’s widow) filmed on four continents–and, of course, right here in Northern California. Interviewing ecologists, activists and farmers, she uncovered countless reasons we should care more about what’s underfoot. 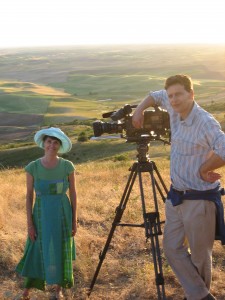 For starters, there isn’t an unlimited supply of what is literally the foundation for life on earth. Soil quality affects the healthfulness and flavor of our food (and more important, wine!). And when treated with synthetic fertilizers, soil can cause birth defects and developmental disorders in children.

So what can we do? Garcia advocates composting, chemical-free gardening, eating locally grown food and staying informed about relevant policy through organizations such as the Organic Consumers Association.

One thing’s for sure: You’ll never look at dirt the same way again.

Sunset Magazine’s February 2013 issue featured many captivating pieces that everyone in the Western United States should read, including a modest spotlight on Deborah Koons Garcia, director of Symphony of the Soil. 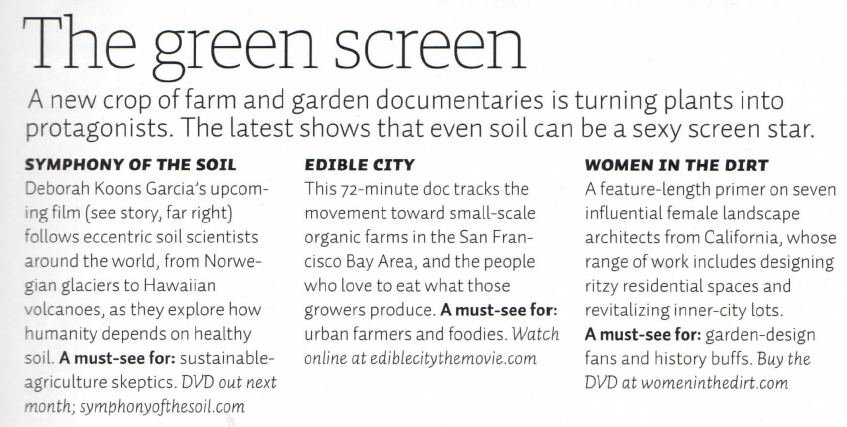 “[Symphony of the Soil is] A must-see for sustainable agriculture skeptics.” – Sunset Magazine 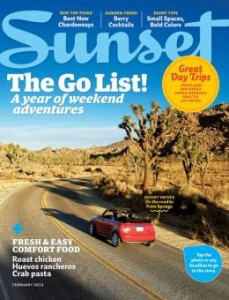 Get your copy today online or at your nearest print publication store. 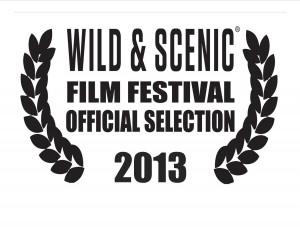