Filming in the Palouse was a constant reminder of how rich our country’s soils really are. For hundreds of miles, in every direction, lay these golden green rolling hills of wheat. As far as the eye could see. Our host in the Palouse, renowned soil buff Dr John Reganold, never failed to point out the value of these highly productive loess soils, brought in by wind from the prairie to the west and south. 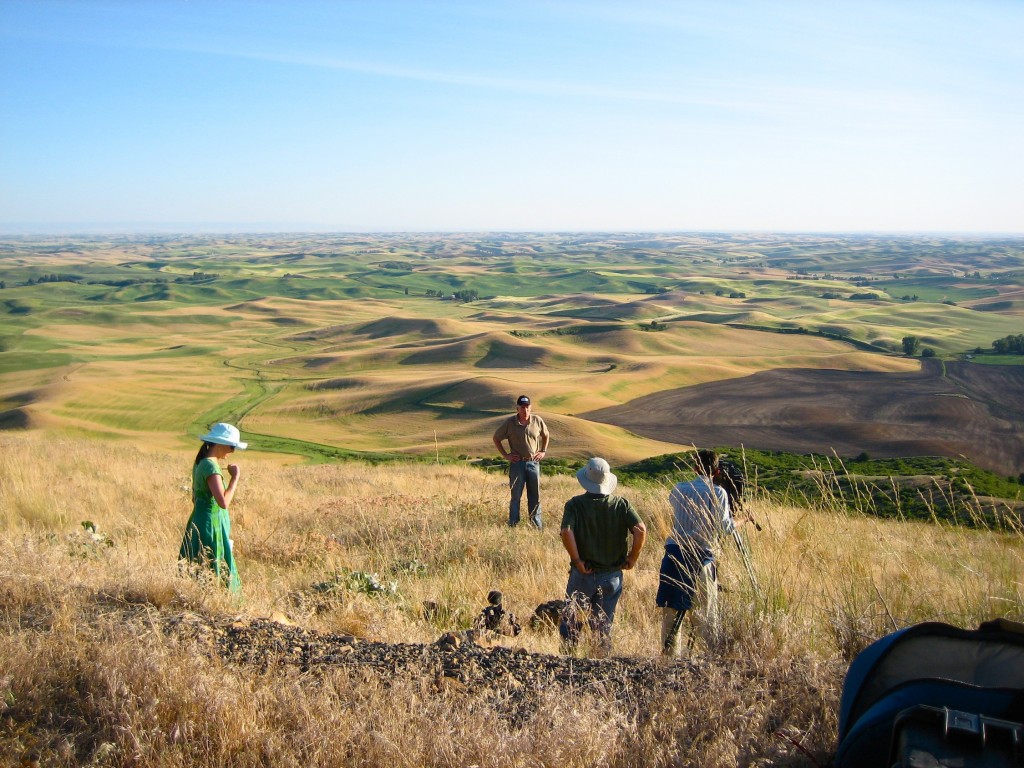 Crew and John Reganold on  Butte in Easter WA

Soils like this, he reminded us, are what the US has built its empire upon. Without owning the majority stock of the world’s productive soils, we would not have the world prowess that we have today. Rich soils give us the ability to not only feed ourselves, but also be one of the largest exporters of two of the world’s staple crops; corn and wheat. 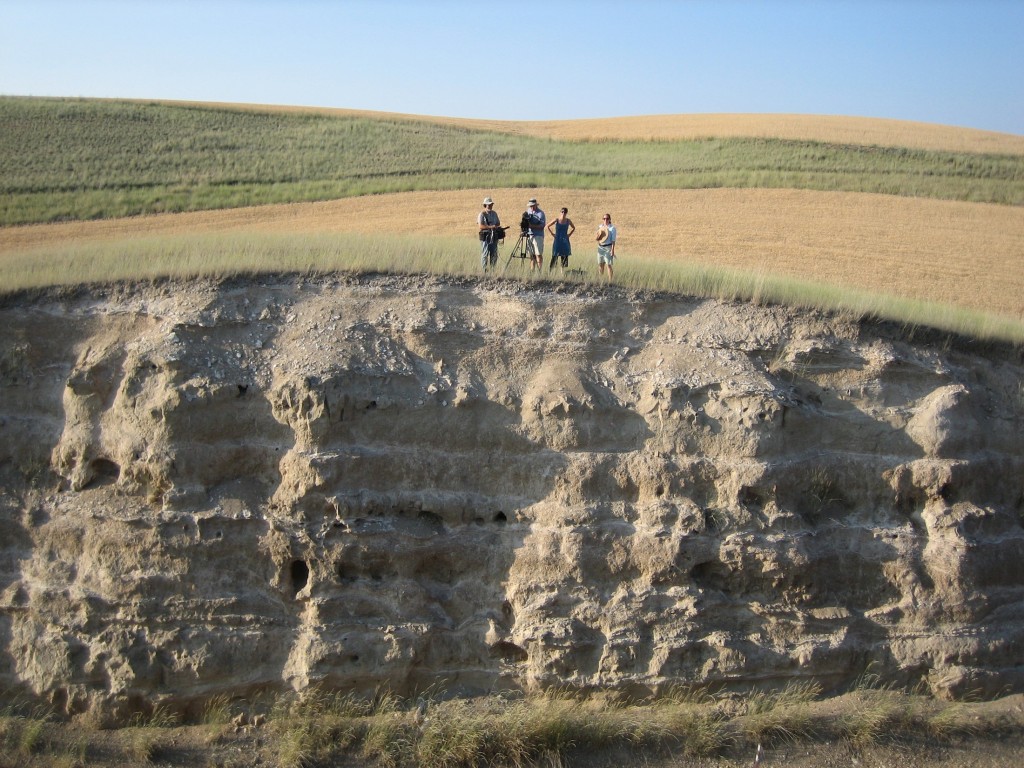 One of the best parts of the shoot was when John took us to a giant road-cut, to see the different layers of soil that supports the relatively thin layer for loess top soil. If you look real close beneath our feet you can see a tiny strip of dark top soil. A stark reminder that however rich in soil the US and eastern Washington may be, the most productive soils are just a thin layer- the skin of the earth.