It’s always difficult to gage the custom of filming in public when working abroad. In some countries, everyone is polite, stands back, wonders to themselves what you may be doing. In the US, people have learned that while it’s fine to stop and watch a film crew, one mustn’t get in the way of the shot, one must stand back. This custom has not yet developed in India, well, at least the parts of India that we visited.

India is the most vibrant place I’ve ever worked. A billion people bustling up against each other, each more colorful than the next. Given the proximity to one another, people seem completely comfortable staring at what ever it is that you may be doing. This made filming in public places very complicated.

We’d see a great scene, a busy market, a winding street, a valley of goat herders- and like filmmakers do, we’d stop the van, and hustle out with the equipment- camera, tripods etc to try to catch the shot. But, in India, without fail, as soon as our white faces appeared and our feet hit the ground- much less the film equipment- a crowd would form. And, despite the best work of our fixer Gautam, the crowd would eventually block whatever the great shot was that we had stopped to film. 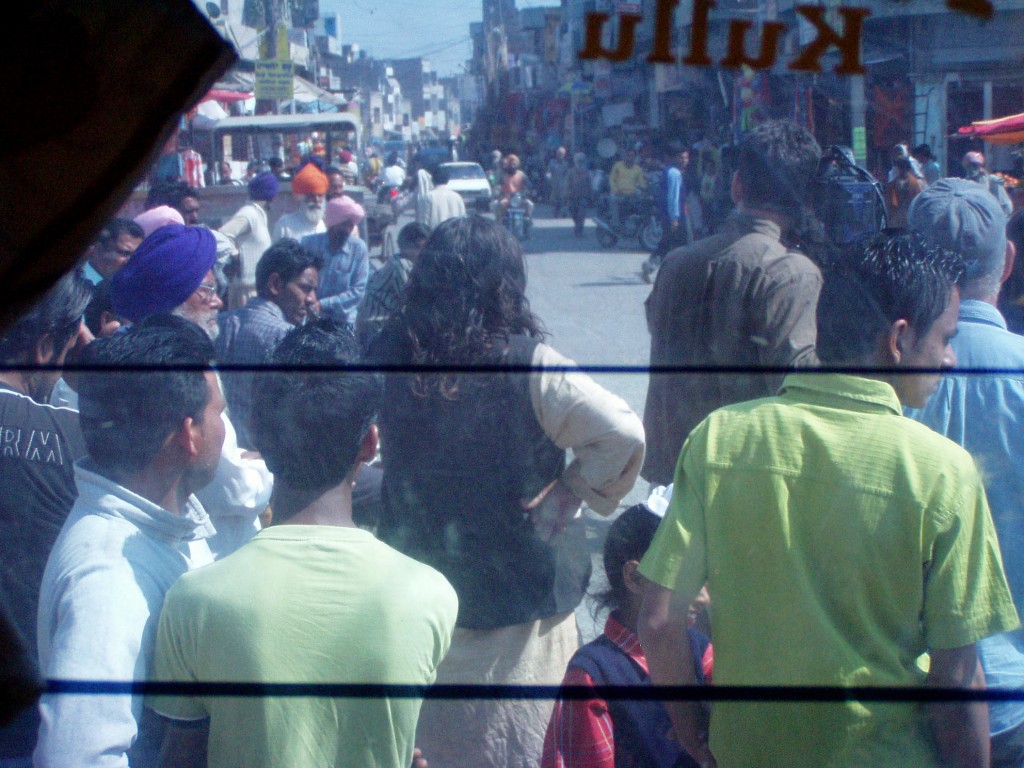 John Chater, DP attempts to film, and a crowd forms

Eventually we evolved. Instead of piling out on the sidewalk, we decided that the best way to film any public place in India was to put John, our DP, on the roof. Thusly allowing large crowds to form around us without experiencing a crowd-block. Both Indian public and film crew came away from these frequent occurrences satisfied. They got to stare at us, and we, well, indirectly, we got to stare right back at them. 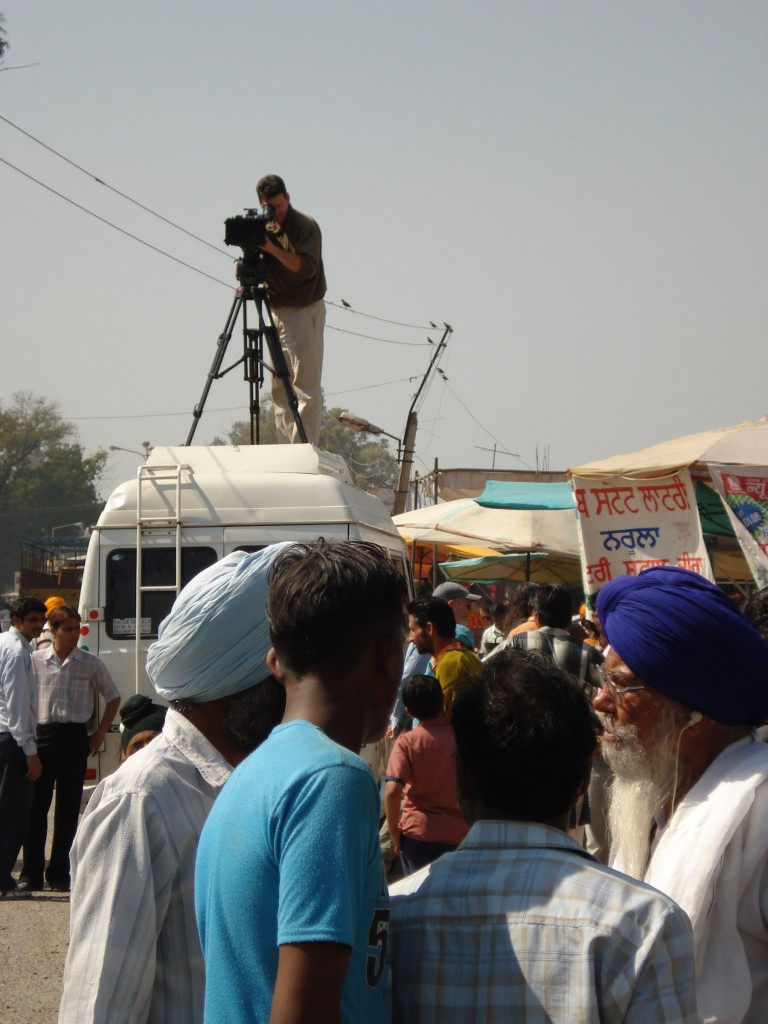 The evolution of avoiding the crowd block
– By Jessy Beckett
Tweet
This entry was posted on Sunday, February 11th, 2007 at 1:46 pm